Sheraa, Nube and Mummy One Lab Win Races 3 and 4 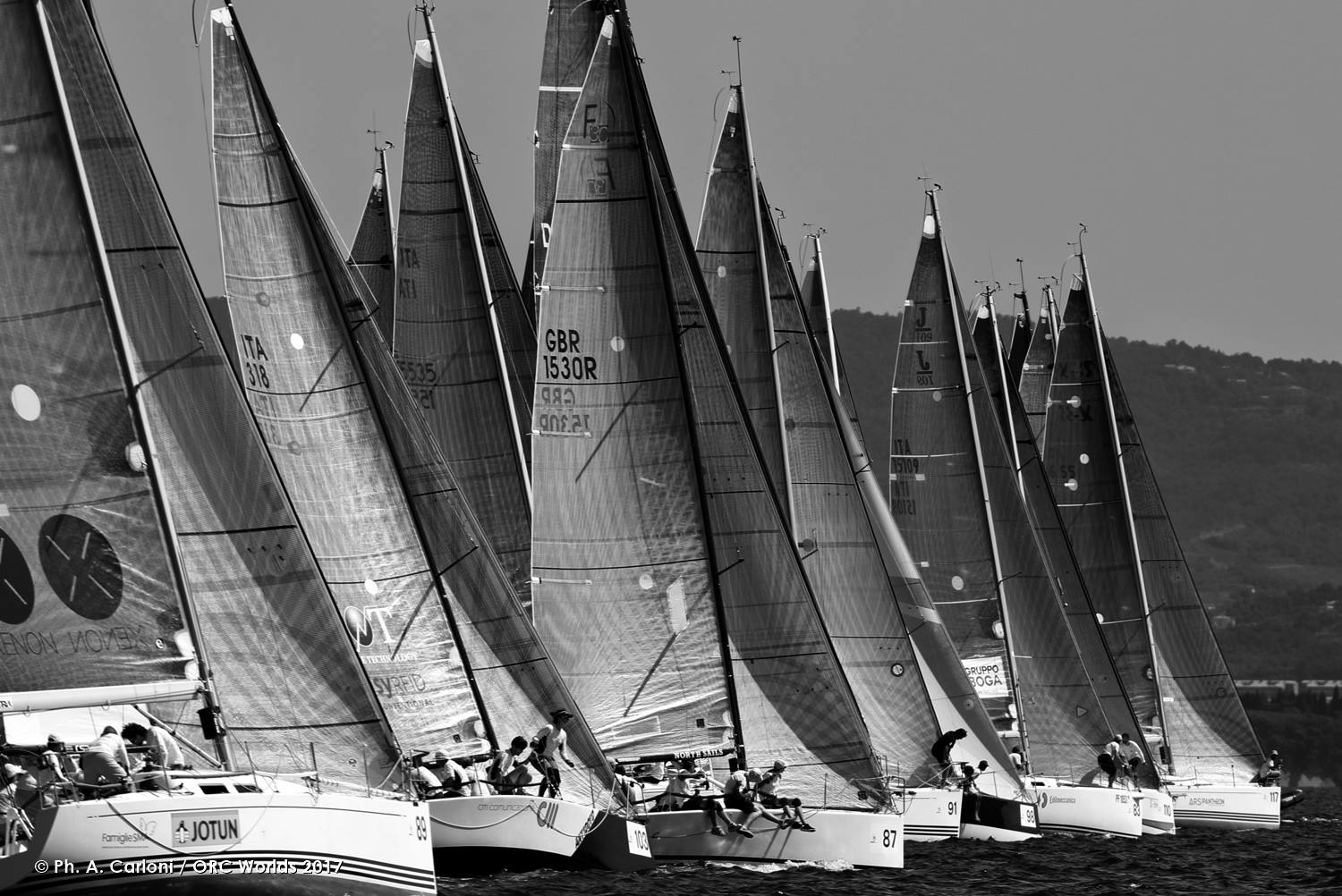 
Another two races today for all classes in the ORC Worlds Trieste 2017 in wind-poor conditions but with plenty of surprises. While wind never exceeded 8 knots, and oscillating between 280° and 250° keeping action between the buoys exciting.

In the sailing area located in the center of the Gulf of Trieste which was reserved for Classes A and C, a punctual start (at 1:00pm) on  windward leeward course with an offset mark and gate at the end of the run, three laps for the A and B classes and two for class C. During the second race a drop in wind meant a reduced course to the windward mark.

During the first race of the day in class A the French-Russian team of TP52 Freccia Rossa wins in real time, winning race 3 of the general program, while in the second race of the day, Maurizio Poser’s Sheraa Yacht Club Hannibal Swan 42 takes the lead, establishing their position in the general rankings with a 9 point advantage over Altair 3, Sandro Paniccia’s Scuderia 50 and 10 points over Cookson 59 Mascalzone Latino helmed by Vincenzo Onorato.

The star of class B today is Bewild, Renzo Grottesi’s Swan 42 which shined in race 3 in a tight race with Selene Alifax, the twin hull of Massimo De Campo, who won the race thanks to a successful tactical choice By Branko Brcin at the gate of the second run. However, the race will be remembered for the difficult start and disqualification of ten boats for BFD (early departure). Bewild’s fourth race win puts dissappointing results from the long race in the past. Provisional overall rankings show the Croatian Nube (Diego Zanco’s X-41) dominating, one of the few not incurring disqualifications or false starts. Selene Alifax stands in second, on the virtual podium with Horus Tempus Fugit, Nadia Canalaz’s M45 helmed by Trieste native, Gabriele Benussi.

On the same racing field as class A, the smaller category of boats in class C waged their own unusually balanced battle: in the first race of of the day, rankings show three boats within one second of each other. The victory goes to Sease, Giacomo and Franco Loro Piana’s Farr30, then Michael Mollman’s X-37 and Danish team Hansen, followed by the Melges 32 Airis by Roberto Monti, who concluded a positive day with victory in the fourth race. In the provisional general rankings Mummy One Lab Met (Farr30 by Alessio Querin) is rewarded for his consistancy with the highest level of the podium, immediately followed by the dueling teams Hansen and Sease, with equal points.

The Race Committee postponed the starting time to 1:00pm in order to take advantage of afternoon winds in the weather forecast.

Christian Ponthieu, skipper of Freccia Rossa: "We are happy we won the first race today. It was a very difficult and complicated race because we had to manage traffic in a field where boats of different lengths, performance and maneuverability are constantly crossing each other.”

Renzo Grottesi, owner of Bewild: "For us it was a perfect day. Personally I am very excited because it is the first time I won a race in a world championship. Now we are looking to the future and putting bad results from the long race behind us.”